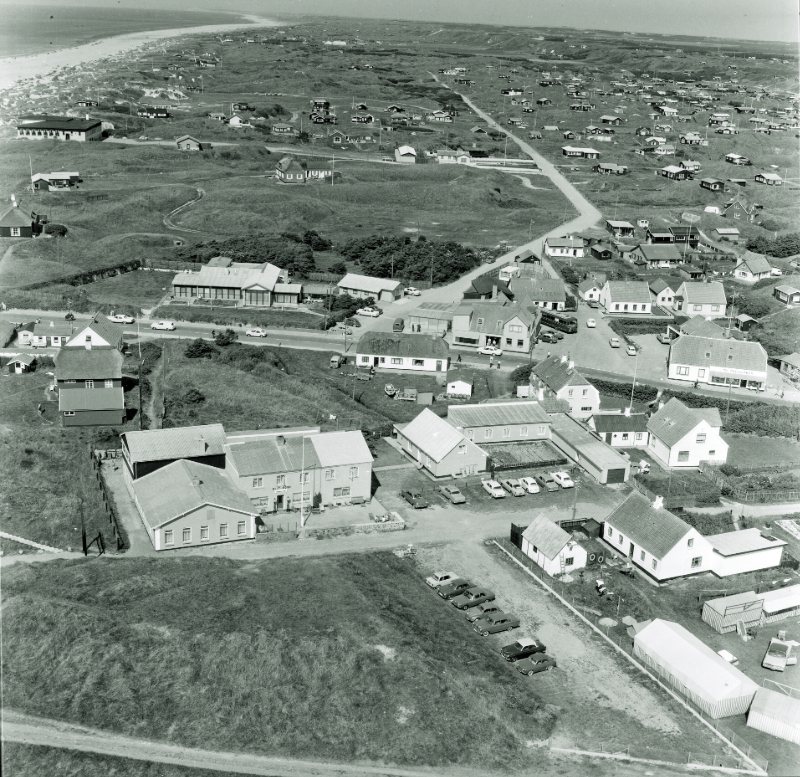 The house is built and is used as a malting plant

The building is converted, used as a jail and as a private residence for the jailer

The courthouse moves to Pandrup and the jail closes. The building is then used as a private residence for a fisherman called Jens Thomsen

Aksel Thomsen, another fisherman, takes over the house as his private residence

Per Jensen acquires the building, makes it his home and installs a burger bar in the eastern part of the ground floor

Per Jensen carries out further renovation work and adds an extension 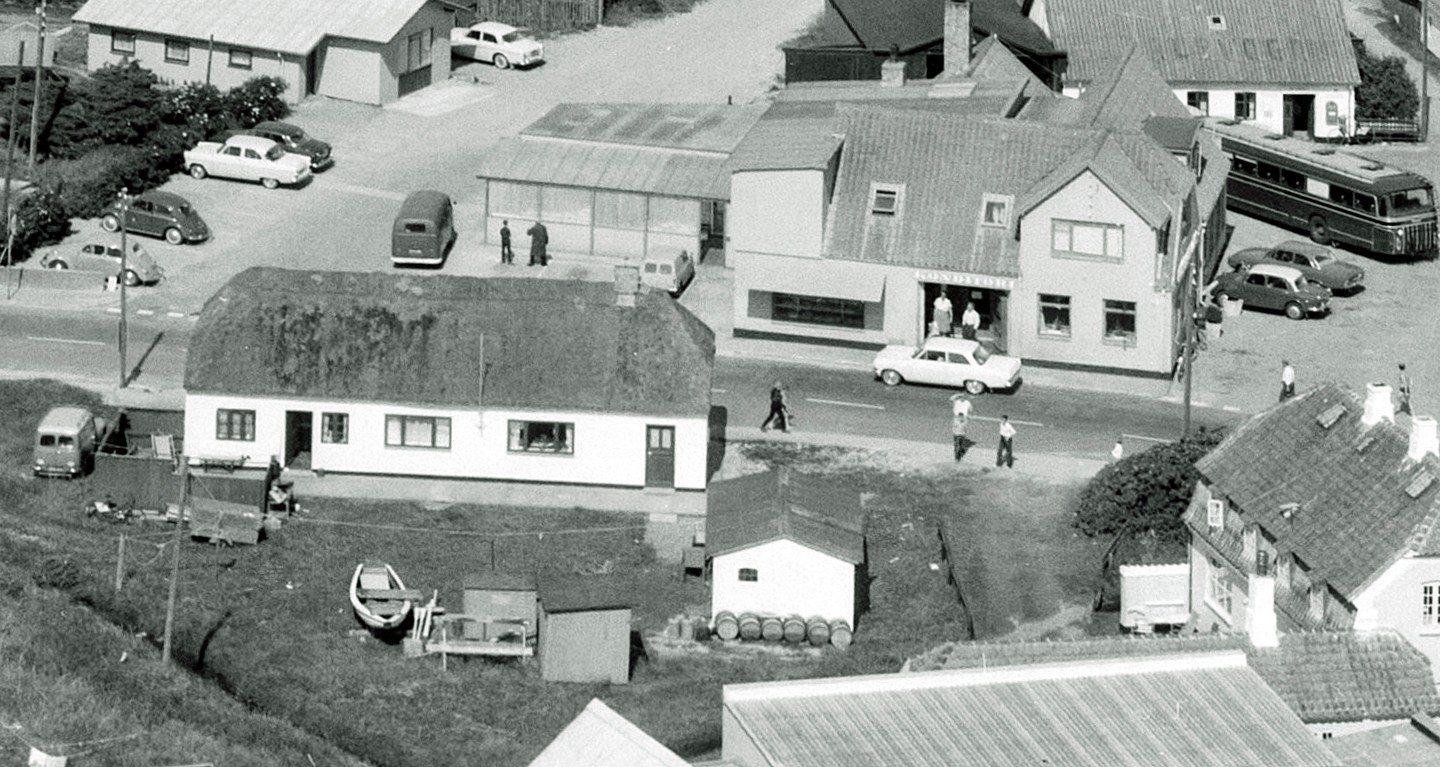 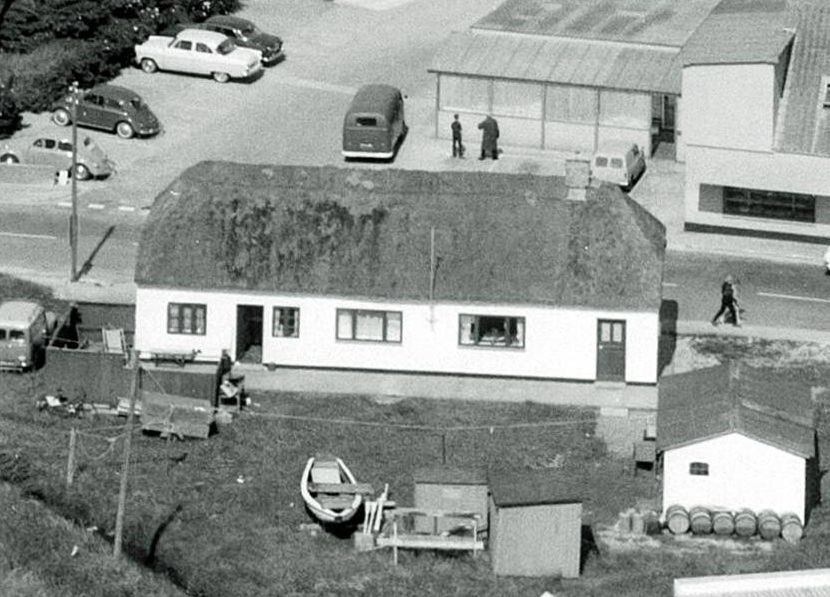 The summer of 2020 saw the reopening of the Haw’et restaurant. In 2018, the previous owner Per Jensen who had been running the place since 2000 sold the house with the restaurant to his neighbour Kristian Engsig.

Haw’et is an old building that has seen many different uses over the years.

In 1777, when the boat trade was at its height in Blokhus, the original house was built and used as a malting plant. It was part of a large estate called Den Nordre Gård (which later became known as Kancelligården). The estate was built by a successful boat dealer called Svend Bondrup and his wife Maren Hjortels. The estate was an impressive complex of five buildings including a 51-metre-long farmhouse. The other buildings comprised a stable, a barn, a guest stable and a malting plant. The barn later became the residence of the county bailiff, the farmhouse became a courthouse and county office, and the malting plant became a jail. The jail itself dates from 1844. One of the windows still has bars on it from that time. The jail accommodated less dangerous prisoners, such as those who had failed to pay child support. The jailer also had his private living quarters within the building.

When the courthouse moved to Pandrup in 1891, the building ceased to be a jail, and a fisherman called Jens Thomsen moved in. In 1930, the house was taken over by Aksel Thomsen who was also a fisherman. The current owner, Kristian Engsig, remembers visiting Aksel Thomsen during his childhood: “As a boy, I often came here. The house then belonged to Aksel Thomsen,” says Kristian. “Aksel co-owned a fishing boat with a man called Niels Jensen. I thought it was ever so exciting when they rolled the boat from the house down the road to the sea. In the summer, the western end of the house was rented out to another Jensen – Aage Jensen, a painter from Horsens (a town further down the Jutland peninsula). Aage used to come here with his wife and a son. His son was about my age, and he and I would entertain ourselves while Aage painted maritime motifs, which he signed as “Jens Aagesen”. I have fond memories of Blokhus in the 1970s. The village had a lot of charm. There were independent local retailers such as the Østergaard Bakery, a grocery called Thellufsen, an ice cream parlour run by a couple called Inga and Jon, and a store called RavKaren and Paw, which sold all sorts of bathing gear and EVERYTHING your heart could possibly desire.”

In 1981, the house was bought by Niels Tvergaard who converted it into a holiday home and gallery. Blokhus was now a busy tourist village with discotheques. It even had its own variety show. When Per Jensen bought the building in 1988, he installed a burger bar at the eastern end of the ground floor and used the rest of the house as his home.

The Haw’et restaurant itself was established in 2000, when Per Jensen converted the entire ground floor into a restaurant. Following further renovation and an extension in 2004, Haw’et became an established restaurant offering a buffet, served on a large counter made from a boat. This counter is still being used inside the restaurant.

Shortly before his death, Per Jensen sold Haw’et to Kristian Engsig, a neighbour who owned a holiday home just behind the restaurant and who had a lifelong connection with Blokhus. In 2020, Haw’et was able to reopen, freshly painted and with sand on the floor – and the restaurant now continues to run with the main emphasis being on traditional Danish open sandwiches with a twist, as they say in the kitchen …

We use cookies on our website to give you the most relevant experience by remembering your preferences and repeat visits. By clicking “Accept All”, you consent to the use of ALL the cookies. However, you may visit "Cookie Settings" to provide a controlled consent.
Cookie SettingsAccept All
Manage consent

This website uses cookies to improve your experience while you navigate through the website. Out of these, the cookies that are categorized as necessary are stored on your browser as they are essential for the working of basic functionalities of the website. We also use third-party cookies that help us analyze and understand how you use this website. These cookies will be stored in your browser only with your consent. You also have the option to opt-out of these cookies. But opting out of some of these cookies may affect your browsing experience.
SAVE & ACCEPT